Philippe Conticini is one the major figures in pastry (and cuisine too). 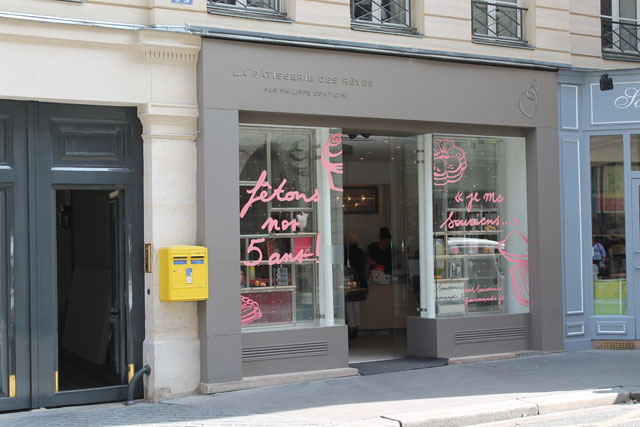 He worked and founded several Michel-starred restaurants before founding “La pâtisserie des rêves” (The bakery of dreams) in 2009 in Paris. Philippe Conticini is also credited for the introduction of major innovations in pastry, such as verrines (shot-glass presentations of dishes and desserts), the rediscovery of pastry classics in a modern, lighter way, the use of commercial products in recipes (e.g. his Coca-Cola gelée) and finally he was the pioneer in the mono-product trend with his own “bar à choux” (cream puff bar). 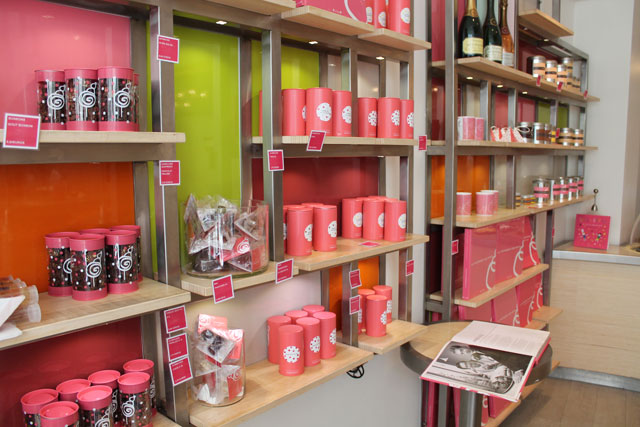 Ever since I heard about the concept of “La Pâtisserie des Rêves” I had wanted to visit this shop, and I had my chance a few weeks ago during my trip to Paris. I love that cakes are considered so important and precious that they are presented under glass bells! :-O 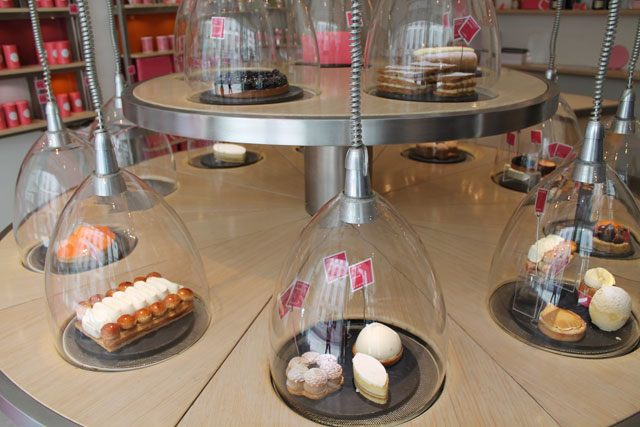 At first sight, it is clear that the shop is full of marketing (and I mean it in the good way, I love good marketing!): the store design, the packaging, the products, the communication… everything is perfectly designed and consistent. 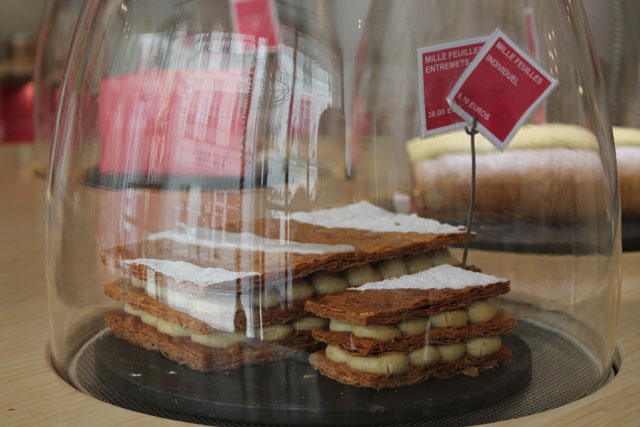 The concept of the store is simple: Philippe Conticini wants everyone to try his own gourmet versions of the pastry classics (each with a touch of self-indulgence), in order to bring us childhood memories. 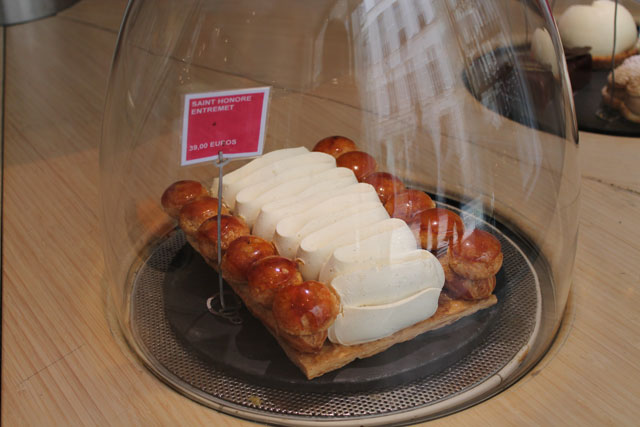 He reinvented some of the most famous traditional French desserts and gave an iconic look: Paris-Brest, Saint-Honoré, Brioche, Mille-feuille… these are just some of his creations! 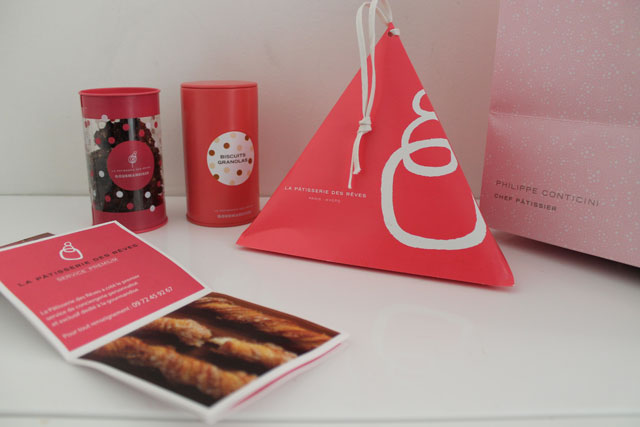 I had the chance to taste: 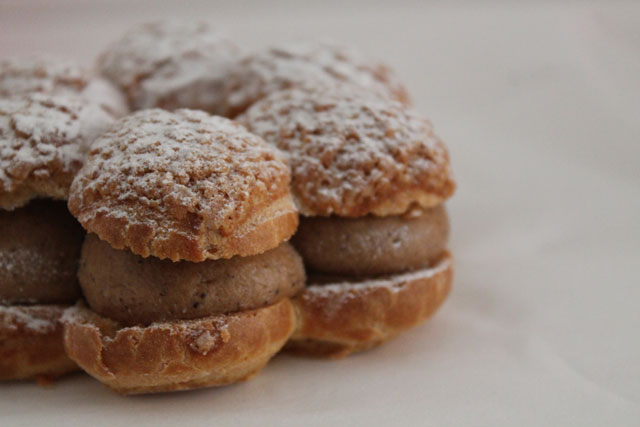 Apparently you can’t play much with tradition, so it would have been hard to distinguish Conticini’s cakes from other good-quality ones in terms of taste.

Now, I know maybe I was not very lucky with my choice of products, but “La Pâtisserie des Rêves” does deserve a visit and the cakes are a guarantee anyway: they are good and stunningly beautiful.

And to conclude, here is Philippe Conticini explaining in one minute his Paris-Brest and his whole philosophy! 🙂 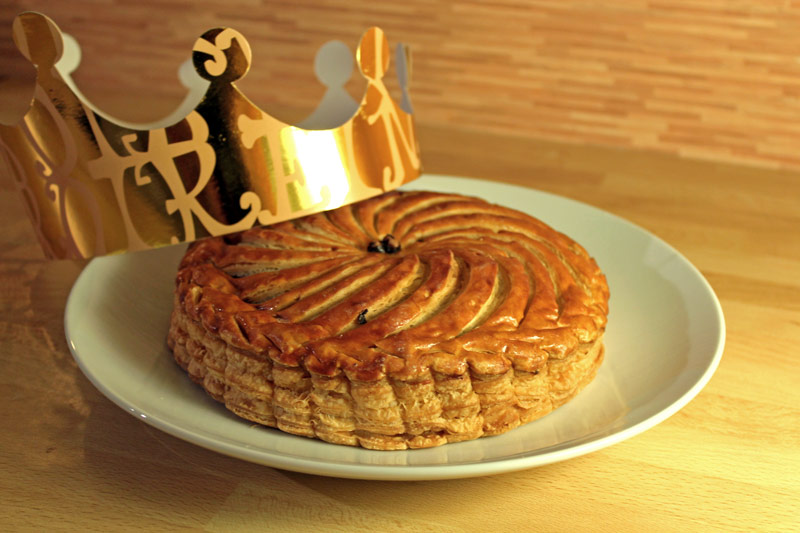