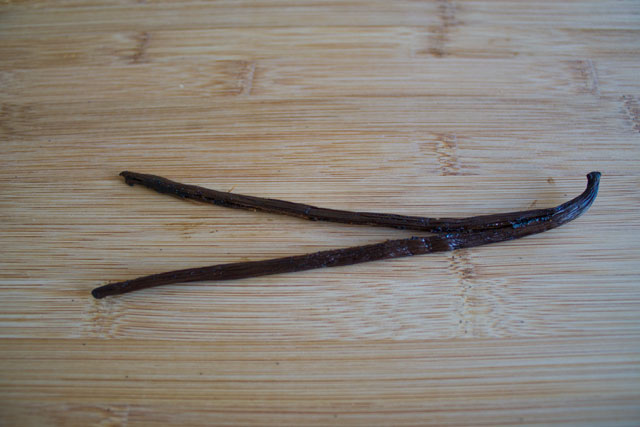 As soon as I arrived in France, I discovered vanilla, the most used flavouring in pastry. Before that, I only knew the flavour of (fake) vanilla that is more commonly used in industrial products. How did I live until then without real vanilla? It’s definitely one of my favourite flavours now!

So what is vanilla?

The vanilla bean is the fruit of a vine in the orchid family. When it’s ripe, it has a dark brown colour, a good aroma, and is soft and pliable. Vanilla beans should be stored in airtight containers in cool, dark places to prevent them from drying out.

How many types of vanilla are there?

There are three main types of vanilla in the world:

How to use a vanilla bean?

The seeds are the most aromatic part of the vanilla bean: if a pastry product has “black dots” in it, you can be almost sure that it is of high quality since it was made with real vanilla, which is one of the finest spices in the world and is quite expensive.

To extract the seeds, the bean has to be flattened with the back of a knife first. 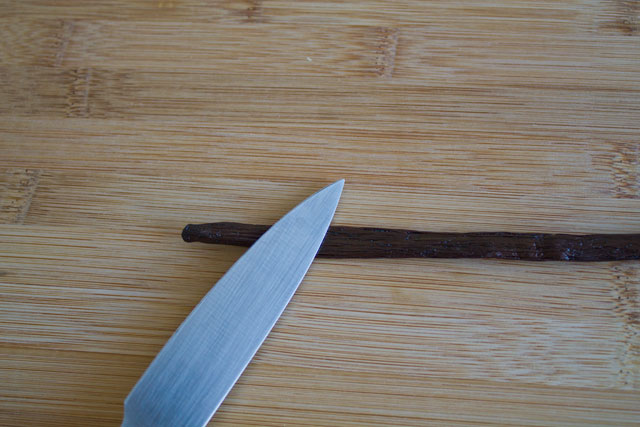 Then the bean can be cut open lengthwise…

Scrape out the moist seeds with the back of the blade of a knife. 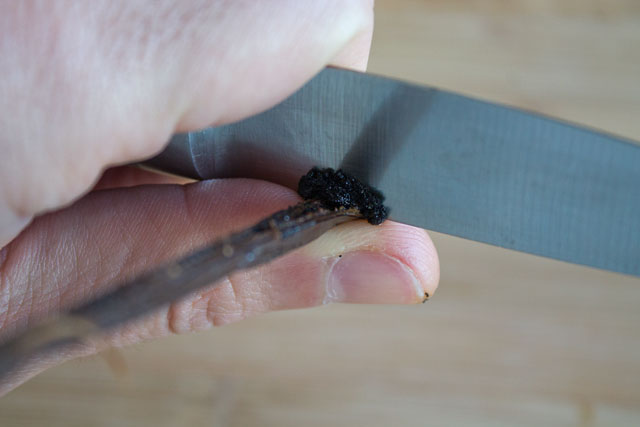 Finally let the seeds and the “empty” beans infuse in a warm liquid, such as milk (e.g. for pastry cream), for best flavour. Vanilla seeds (without the beans) can also be used without infusion for any other preparation, such as biscuits or spongecakes. For vanilla-flavoured cream, the recommended dose is usually 1 vanilla bean per litre of liquid. Of course: the more vanilla beans are used, the stronger the flavour in the final product (which might be a desired result).

Not at all. Vanilla beans can be very strong in flavour even if they’ve been used multiple times. Nevertheless, they must be cleaned, dried and stored properly in an airtight container after using, otherwise they will dry out very quickly. Moreover, there are some very interesting ways to “recycle” used vanilla beans (once properly cleaned and dried):

Are there any alternatives to vanilla?

If you don’t want (or cannot) use fresh vanilla beans, you can use (ordered from most expensive to cheapest) vanilla extracts, vanilla powder or vanillin, for example.

What is the difference between vanilla and vanillin?

Vanilla comes from the fruits of a plant, it is very strong and quite expensive. Vanillin is an artificial imitation of vanilla and is made with synthetic vanillin. It is quite inexpensive, but its flavour is definitely weaker than that of natural vanilla (and let me get this straight, their flavours for me are just different: with just a bit of experience you will able to tell if a product contains vanilla or vanillin – and you will not appreciate anymore the cheaper alternative!).

Why is vanilla expensive?

Vanilla is the second most expensive spice in the world after saffron. Why is that?

To make a long story short: pollination is the process by which pollen is transferred in the reproduction of plants. Very few pollinators (e.g. bees) exists for the very small vanilla orchids. Oh, and as if this wasn’t enough, the orchid flowers only last one day!

To ensure a continuous production of vanilla beans, orchid flowers are pollinated manually by producers. You read well: it’s flower by flower. It is indeed a delicate and time-consuming effort, which is reflected in the high retail price.

For further explanations, here is a great video I found on YouTube with a detailed explanations on Fair Trade vanilla and how to manually pollinate flowers: 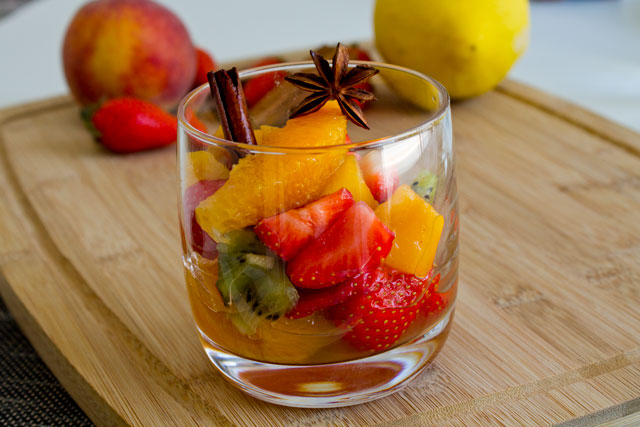 Tips: How to spice up a fruit salad 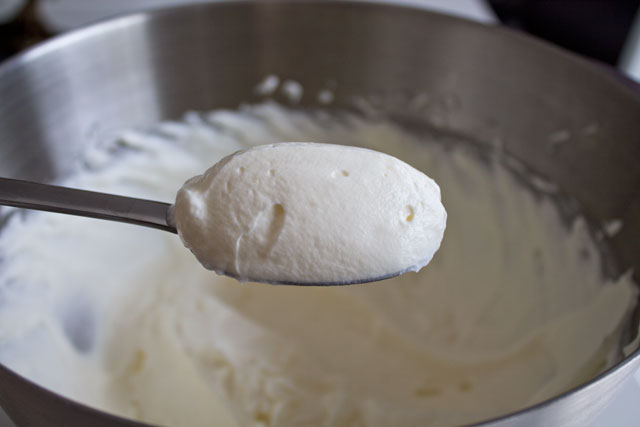