Today I took a day off. I went to Marseille for the auditions of the TV show Masterchef France!

Masterchef is a very popular TV competition about cuisine, of course, where participants go through singular challenges every week until one of them becomes the Masterchef of the year. 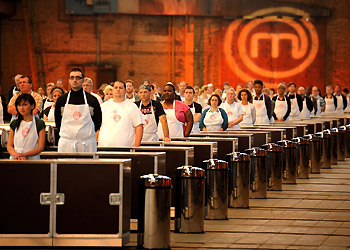 In England the show has been going on for ages, in France there have only been two seasons so far, and they are now auditioning for a third one. 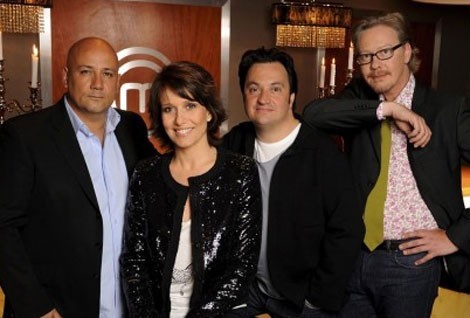 The audition in Marseille was the third step of the selection process: I had already went through two phone interviews successfully (not bad, uh? And with my not-so-exciting French level!!!) and today I had to present a cold dish (prepared at home, either starter, main course or dessert) to the casting jury.

This was a sort of first Masterchef challenge for us: we were called in batches of 10 people and we were given 15 minutes to put all the ingredients in the plate and decorate it. This had to be done in the corridor of the hotel we were in, with very limited space for each of us… :-S Not easy at all!!! And I won’t even mention the way I was able to keep fresh all the ingredients until my turn. Anyway, try decorating a plate in this mess: 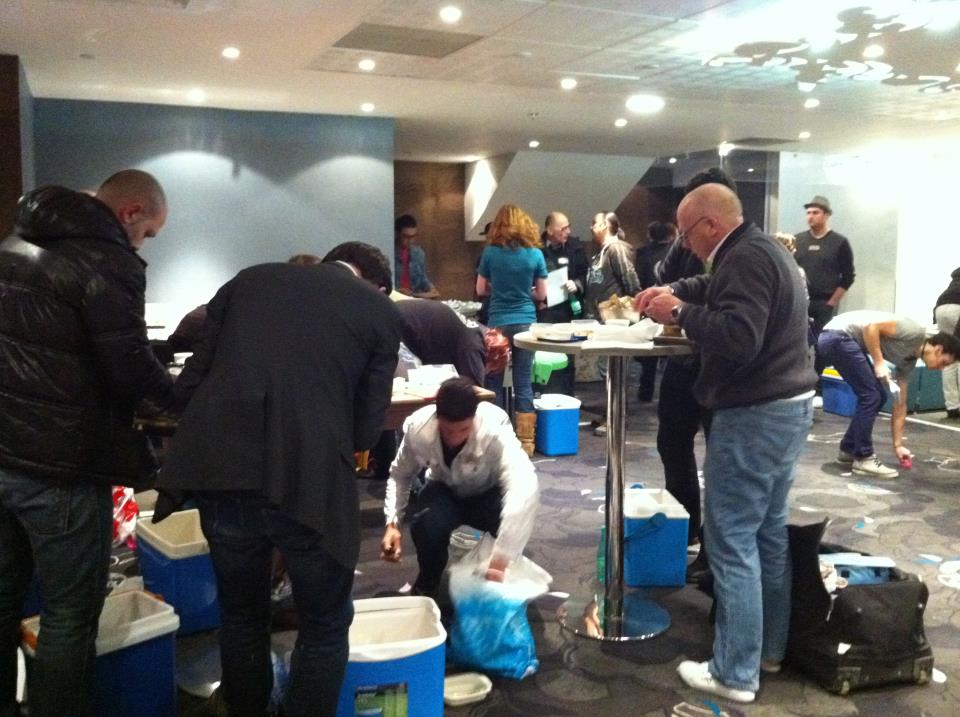 I was one the first to arrive in the morning, and I was called in the very first batch of the day. I was the last to enter the interview room, though, and I had to sit at the beginning of the row of chairs, so I was the very first to be interviewed! I was freaking out, it would have really been better to see some people before me, to know what to say… but no… my turn before all the others! 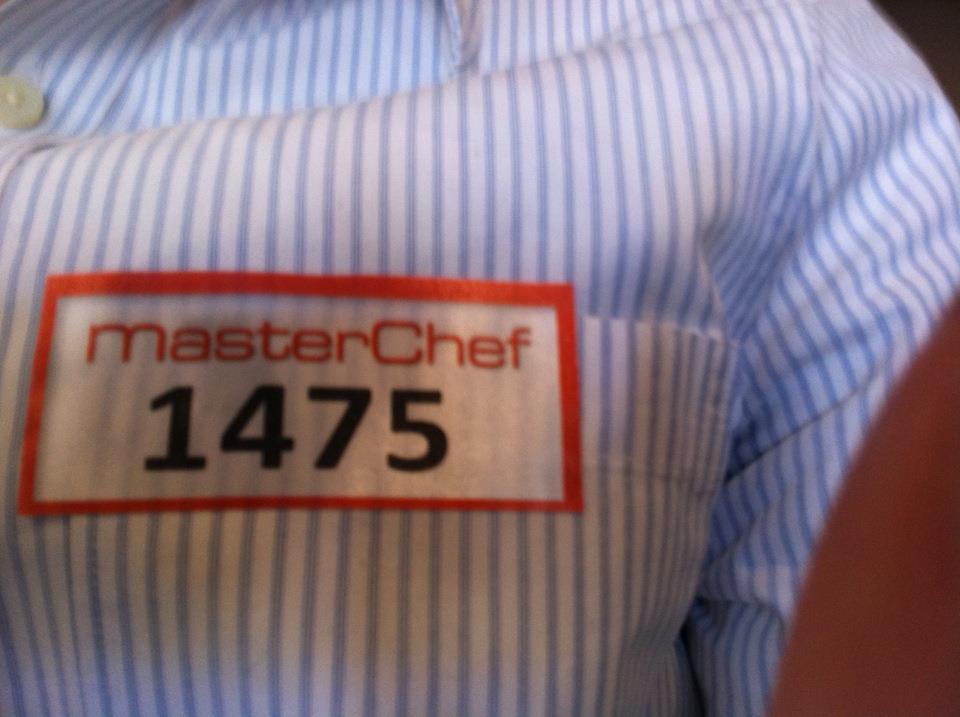 They asked me to present myself and then the usual questions: “Why do you like cuisine? Why do you want to participate in Masterchef?” and so on.  Basic questions, but useful to see if you are at ease speaking in public.

I was really confident that my strong Italian accent would have been considered sexy by the jury haha, but no… I was excluded after the interview and I was told “informally” afterwards that the reason was: “You didn’t say you want to change your life.”

And then I was like: “Seriously? You joking, right?”… but unfortunately the show is all about changing life and becoming a chef, so they need people who repeat that on and on. If you’re planning to audition for the next Masterchef in your country, well, now you know what to say during the interview!!!

Not even my amazing dessert was enough to pass the audition!!! 😛 I was very pleased with the result! Ok, it is not the most modern presentation ever, but it looks decently nice and it tasted really good! 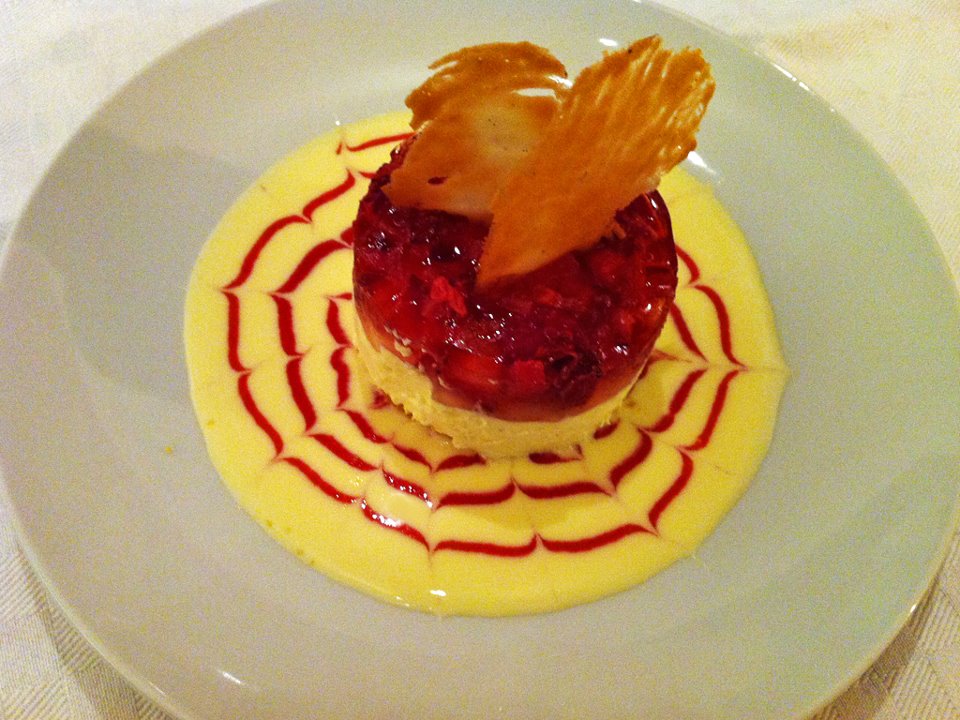 It’s good anyway to have unknown people taste your stuff, and it’s challenging to get ready for a competition: it gives you adrenaline (especially when you’re there decorating the plate and your hand shivers as if you were deactivating a bomb!) and I would say it is an experience you have to try at least once in your life!